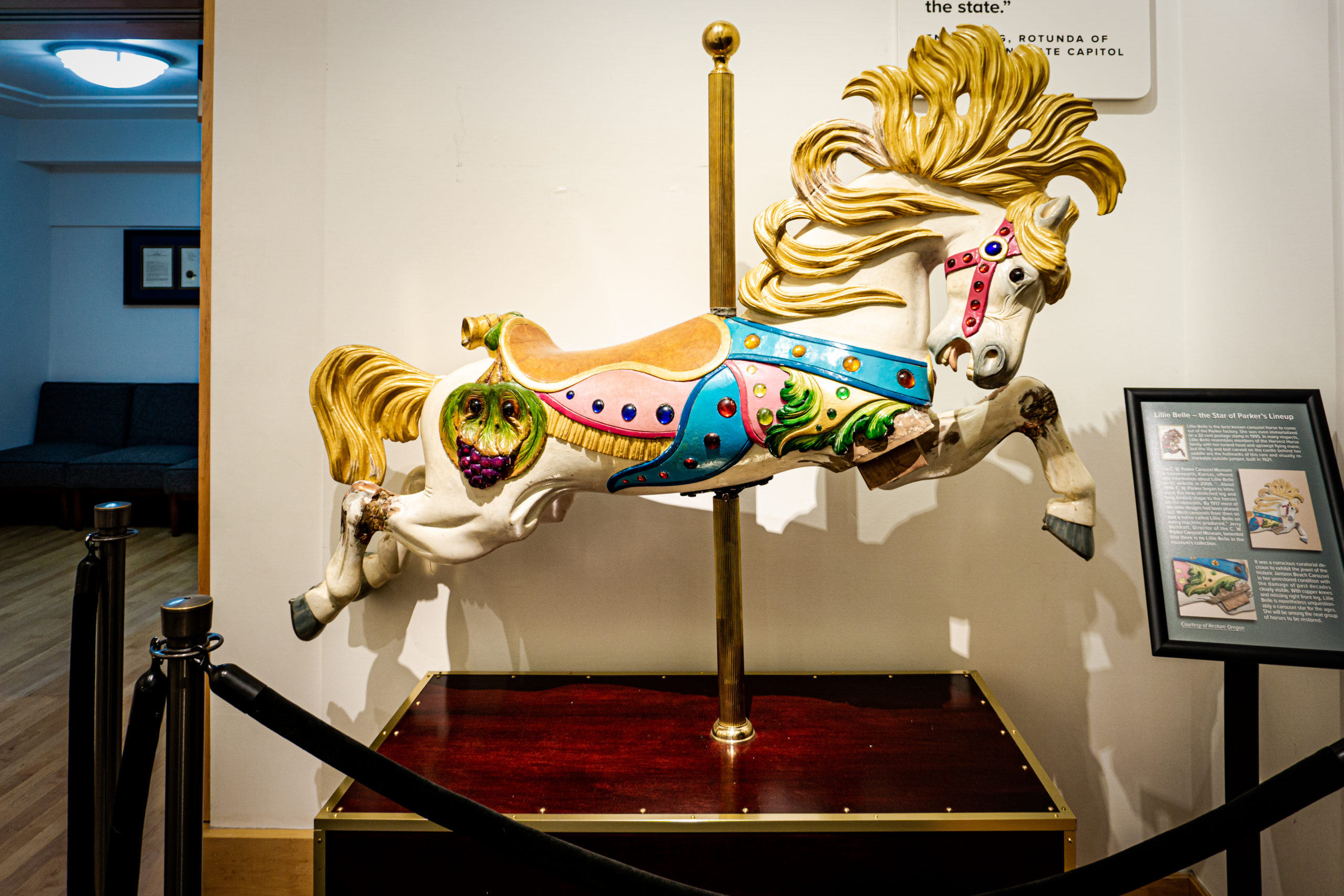 The Oregon Historical Society presents an exhibit featuring the Jantzen Beach Carousel, on display through April 30. The museum is open seven days a week, from 10 a.m. to 5 p.m. Mondays through Saturdays and noon to 5 p.m. Sundays. Admission is $10, with discounts for students, seniors, teachers and youth.

“The Odyssey of the Historic Jantzen Beach Carousel,” is a vibrant multimedia exhibition sharing the fascinating history of the park and features four of the carousel’s beautiful horses — two of them fully restored and on display for the first time in over a decade. Visitors will also enjoy historical photographs, objects, videos and a gallery of hand-printed silver gelatin photographs.

When the Jantzen Beach Amusement Park opened on Hayden Island on May 26, 1928, perhaps its most iconic feature was the Jantzen Beach Carousel. Added to the park in July of that year, this impressive four-abreast carousel was originally designed for installation on the pier in Venice, California. Measuring more than 66 feet in diameter and standing nearly three stories high, the carousel featured 72 beautifully hand-carved horses. Today, it is the last Parker Superior Park Model carousel known to exist.

When the amusement park was demolished in 1970 to make way for a shopping center, the carousel became the centerpiece of the mall, drawing delighted children and adults for the next 40 years. However, as the character of the shopping center changed to make room for more “big box” stores, the pavilion that sheltered the carousel was torn down and its fate seemed uncertain. While it might have been sold off piecemeal, fortune shined on the carousel’s future when the owners of the Jantzen Beach Center donated the carousel to Restore Oregon, a statewide, nonprofit historic preservation organization, where it has been carefully stored since 2017.