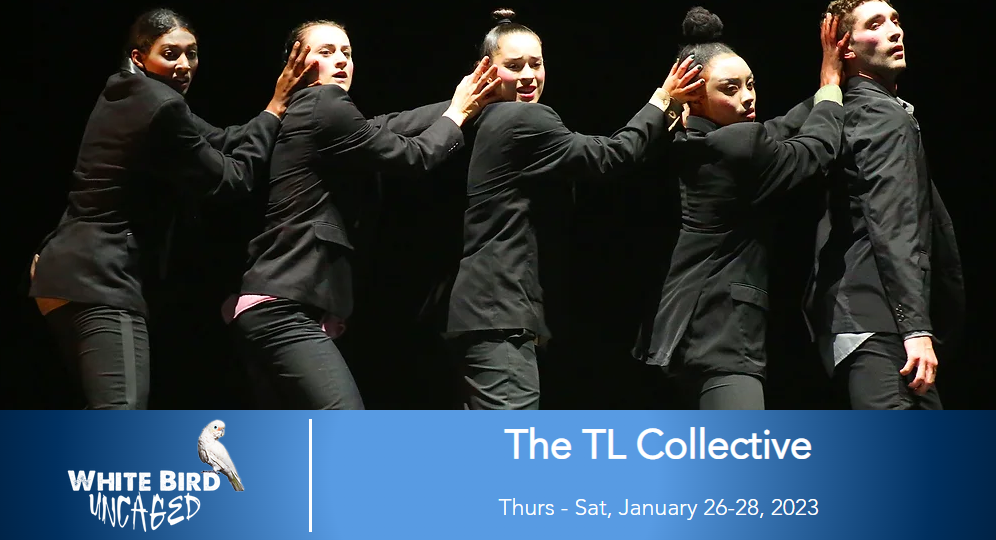 As part of its “White Bird Uncaged” series showcasing notable dance companies, White Bird presents the Los Angeles-based TL Collective, founded by Micaela Taylor, at 8 p.m. Jan. 26, 27 and 28 at Lincoln Performance Hall on the campus of Portland State University. Tickets start at $35, available at www.whitebird.org, or call 503-245-1600, ext. 201 ($3 per ticket charged for processing over the phone). Discounts are available for groups/students/seniors, working artists and front-line health workers. White Bird requires that all audience members wear a mask inside the venue.

Taylor’s versatile eight-member company will perform “Pull,” “Drift” and her newest work, “BlueNav.” “Pull” focuses on the twists and turns of life, focusing on one person who starts their journey melancholy and focused, yet finishes with hope and contemplation. “Drift” demonstrates an individual’s ever-changing relationship to self while exposing a personal season of self-growth; movement is paired with segments of silence followed by spoken word to “Hollywood Swinging” by Kool and the Gang. “BlueNav” focuses on the unified calm during the storm.  In times of uncertainty, it’s the rhythm of togetherness that allows survival.  Inspired by the story of a United States Army Corporal who served as a combat medic with an infantry company in World War II, Desmond Doss, who saved 75 men in combat trapped at the top of the escarpment.